New Mailbox: The Other Retail Gem Of Birmingham

Seems like I popped back to Birmingham at the right time! With lots of new developments being finished and new ones popping up!

Old Mailbox
The Mailbox was another major redevelopment in Birmingham city centre along with Grand Central. The old Royal Mail sorting office constructed in 1970 was turned into a mixed use building in 2001. In the past the Mailbox has probably been more popular for the bars and the restaurants towards on Salvage Wharf, canal side. I found that throughout the week the Mailbox usually seemed quiet on the retail front. On bad weather days it wasn’t really the place to go with the void of the open roof vertically interrupting the centre of the building. There’s also an existing 24 hour public route that runs through the building if you were passing through or to the Mailbox you might as well have been outside.  I literally used to run through on those rainy cold days or make sure I walked the interior seams of the building under the canopy, though still feeling the outside elements.

New Mailbox
The new design has definitely addressed that issue. The design firm Stanton Williams from London, making the most of the unused space and increasing the area usage for the client Miligan Retail. The dead space has now been transformed in to the Urban Room. Instead of running through on those unpredictable weather days it’s a now a place to sit, stay, interact, relax and take in the surroundings. Now a sky light to protect from the elements but bring in some much needed light and warmth, the double space with the interior fins has turned the area into an extra “room”. The Urban Room opened mid-October and will be used to host events and exhibitions.

My friend took me after we’d finished eating at Bar Estilo and I was impressed with the social lounge. It almost feels like you’re going for an afternoon of high tea, the comfy sofas, the flower arrangements adorning the marble table tops. I love the furniture they selected, the curved pastel seating alongside the dark modern tables. The comparison to before is a total turn around. I think the number of people going there is going to increase for sure whether for shopping or hanging out. The Urban Room is great addition to the Mailbox a sophisticated social meeting place reflecting the high end retail placed around it.

Inhabitants
Castle Fine Art has a new gallery and is pleased with the new addition of the Urban Room saying how much more pleasant it is to work through to work nowadays. Castle Fine Art has also had a face lift home to some amazing pieces of art available to browse and buy. I had a look and was surprised buy some of the artists they housed from Dali to Temper. Stan Lee art work to Bob Dylan and Ronnie Wood. I had no idea that Ronnie Wood was even a trained artist before he joined the Rolling Stones. There was an original Andy Warhol piece on display available to buy for £25,000, mini portrait collages of Mick Jagger. (Could be an investment piece!) The Pop Art era, along with Andy Warhol aren’t really a favourite of mine but it was cool to see an original Warhol piece up close and this one was actually one that I liked. I loved the paintings from the artist Craig Davidson a new find for me! I was talking with curator and he was telling me how often they change the gallery around with new pieces. So if you are looking for a one of a kind to finish your space off there is the one of the places to go.

Other places in the Mailbox include Boss, LK Bennett and Calvin Klein and more shops to open early next year. Another new addition to the Mailbox is the Everyman cinema which I have to try out next time! It comes highly recommended by friends. And the main retail attraction Harvey Nics has been totally revamped too, that coming up in my next post! Have a look and see what you think of the new updated Mailbox and the Urban Room. Let me know what you think!

(All photos taken by Chloe Dominik)

8 Favourite Lucite & Ghost Chairs And Amazing Ways To Style Them

5 Great Takeaways To Learn From A Minimalist Home Design 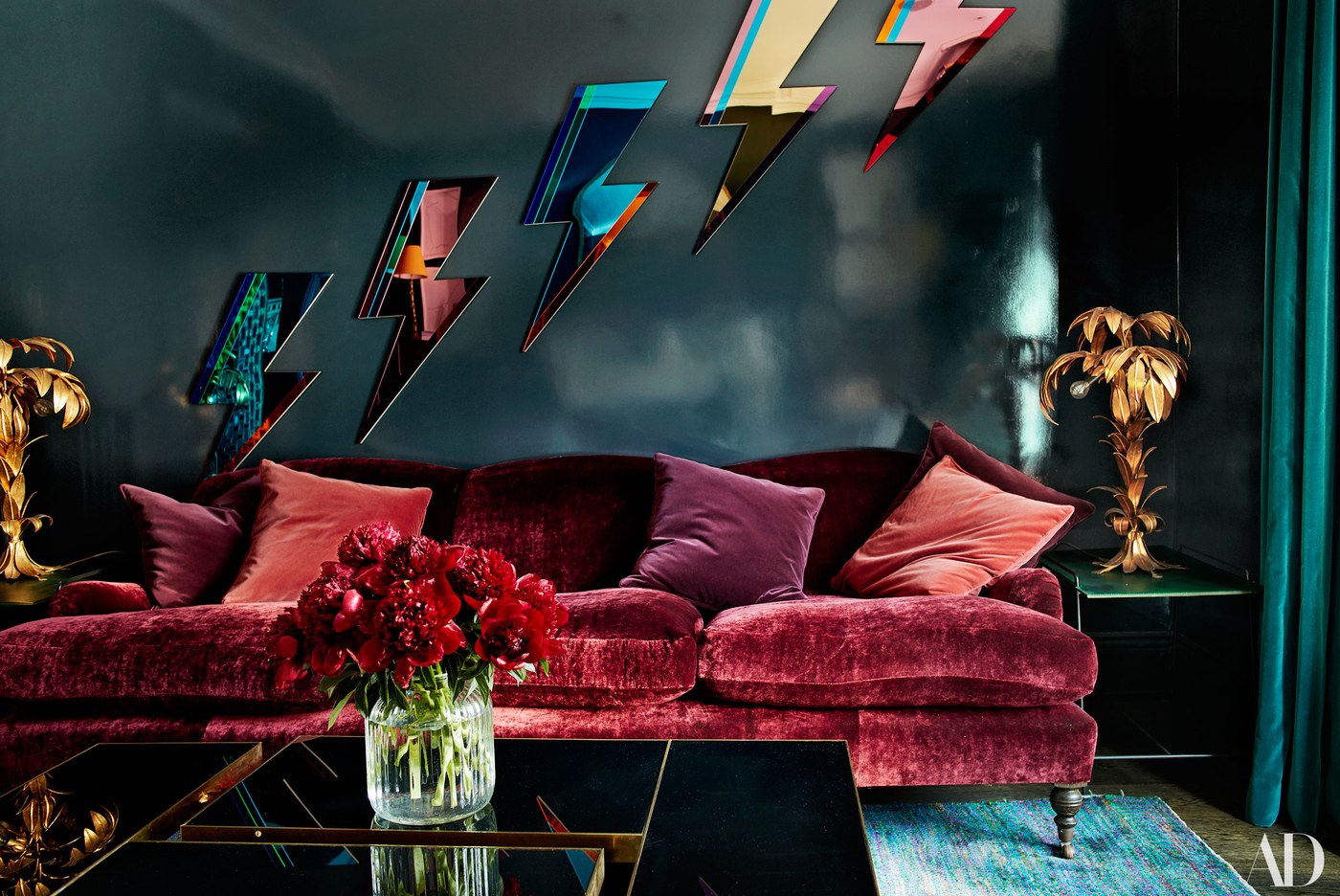 Lacquered Walls: Not Where You Expect