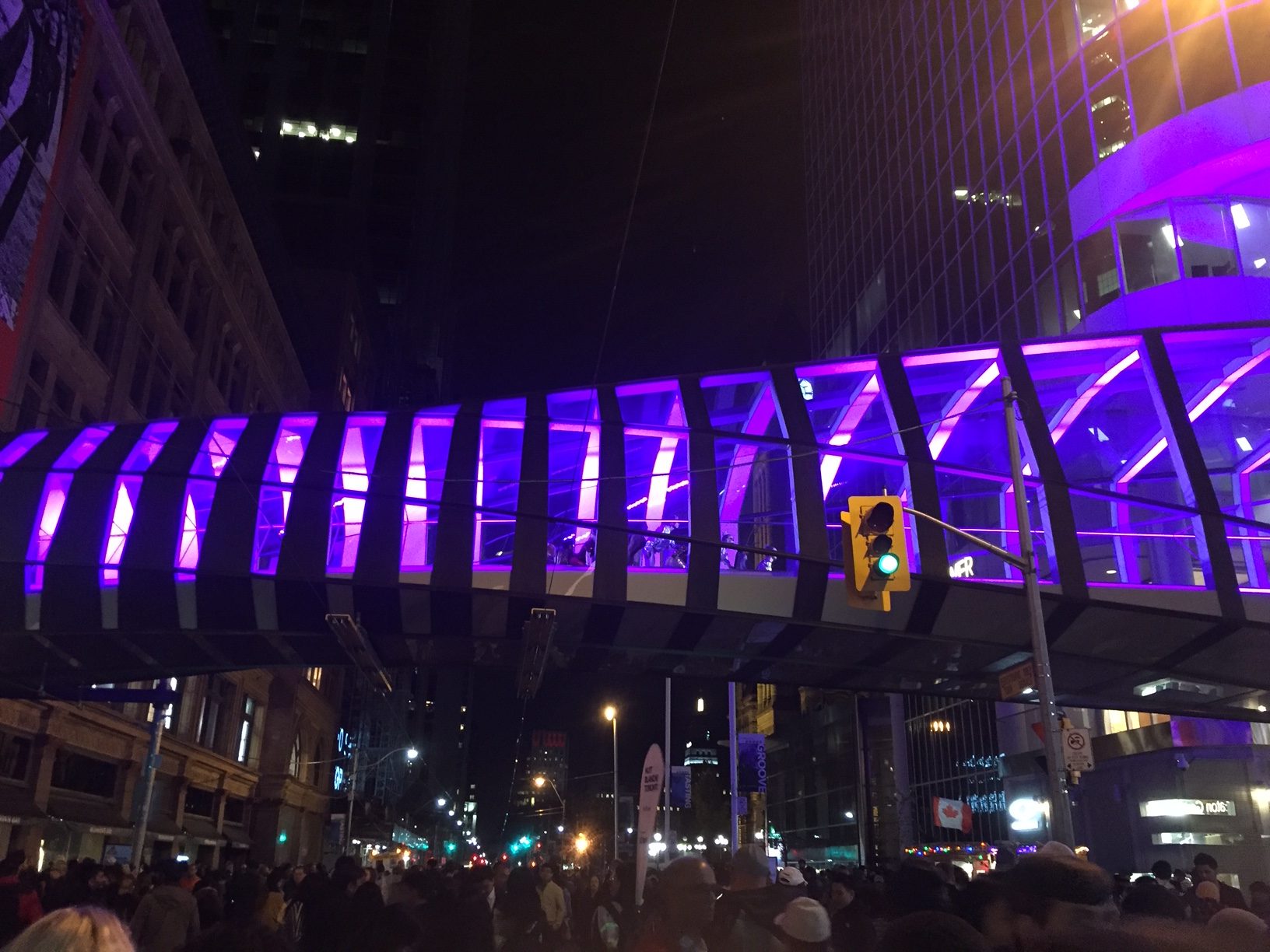 Yesterday I headed downtown to the Nuit Blanche 2018 event. Since I’ve been living in Toronto everyone has been telling me to go and see it. A show of various contemporary artists local and international, for one night only. Sunset to sunrise the following morning. Projects were also hosted at Sterling Rd and further out of the city in  Scarborough. So this year was my first time checking it out…

I did check out the map before hand but the ones of interest were all over the place, so I kept it simple. I stayed downtown around the Nathan Phillips Square and Yonge St. that’s where a good cluster of the exhibits were and where everything seemed to be happening. It was busy! An easy walking distance, made for a start at the Eaton Centre on Queen. The first project that we came to was on the Sky Bridge, Continuum: Pushing Towards the Light, by Brandy Leary. A contemporary performance with artists standing in line formation, using the coloured lights passing along the bridge to choreograph their movements.

Radical Histories, the huge patchwork cloak for the front of City Hall. By artist Ibrahim Mahama from Ghana, Africa. The scale of the installation draping over the city hall was amazing. Reading the bio behind the art I found it even more interesting. The wall was made of sacks that had been used by market traders in Ghana. The artists gave them new bags in return for their old ones which had seen better days. But had seen many different paths and been on mSewing the sacks together to make an enormous rough covering of the facade. With only the numbers scrawled on them and the wear and tear and holes of the sacks giving indication on the journeys taken and the people encountered.

This one I had marked down to see from before I went. Intrigued by the title by artist Nadine Bariteau, who lost her mother in a fatal accident. An interactive ephemeral installation, exploring the ideas of loss and grief. Floating above the heads of the crowd illuminated wings swaying and twirling softly aloft. Described as “…abstract representations of the natural world….into the urban environment of downtown Toronto.” It felt like experiencing a different world when walking around the garden. Something out of a world far away.

There were lots of other projects around downtown which I didn’t get to. Some projects have been extended past the one day event. Preserved by Gayle Chong Kwan which is downtown and Mirrors of Babel in Scarborough.  As it was my first time going I didn’t have anything previous Nuit Blanche moments to compare to. There were some really interesting projects. To be honest I was expecting more, maybe because everyone had talked it up so much! Over all I’m glad I went, I’m always up for exploring new art. In terms of the projects I saw it was ok. In terms of Nuit Blanche standards I don’t know! So, I will reserve judgment until this time next year!

3 Ways To Create Your Own Home Art Mural 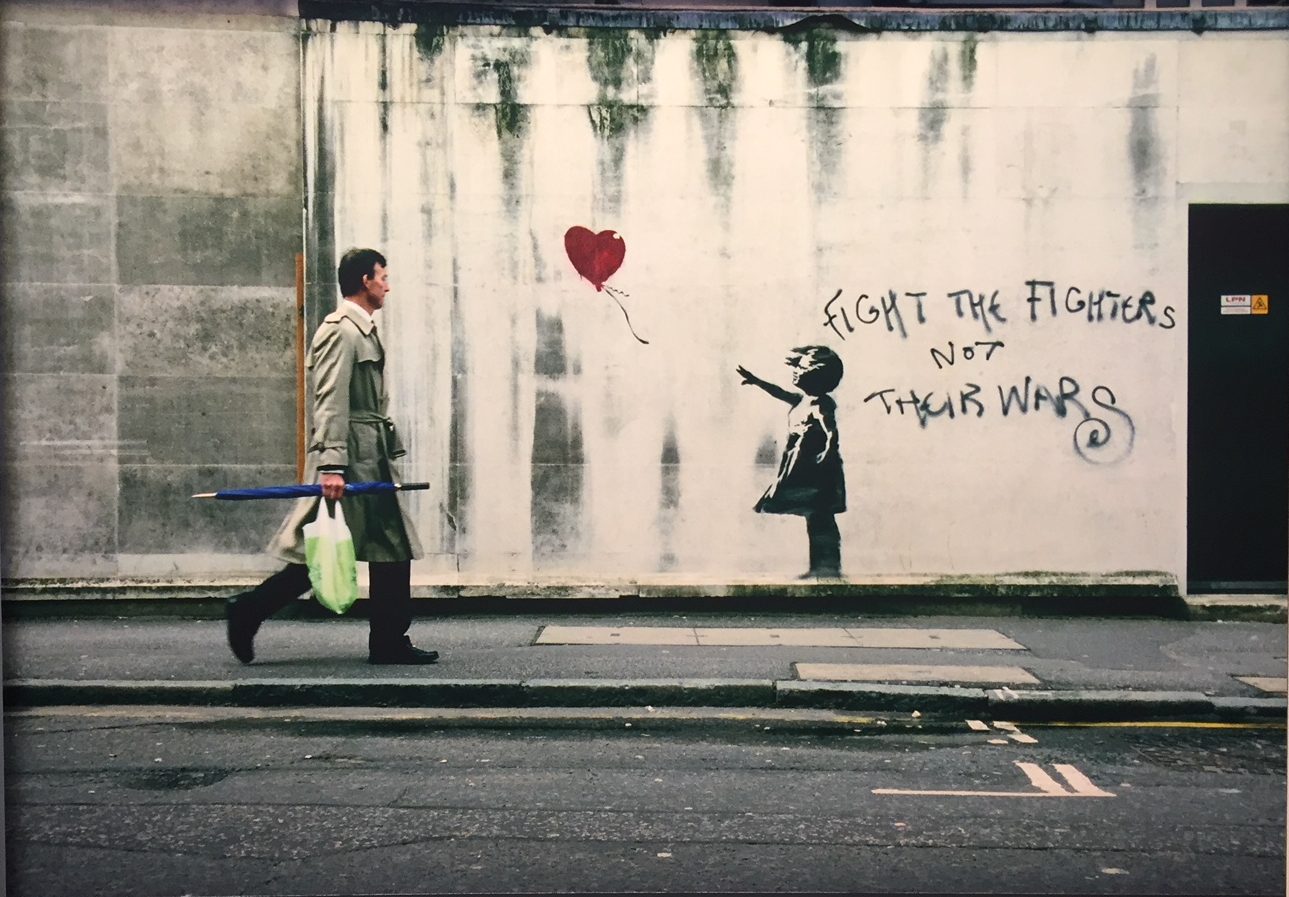 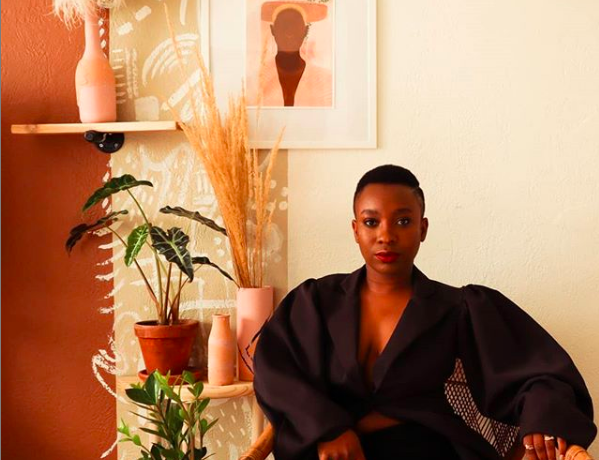 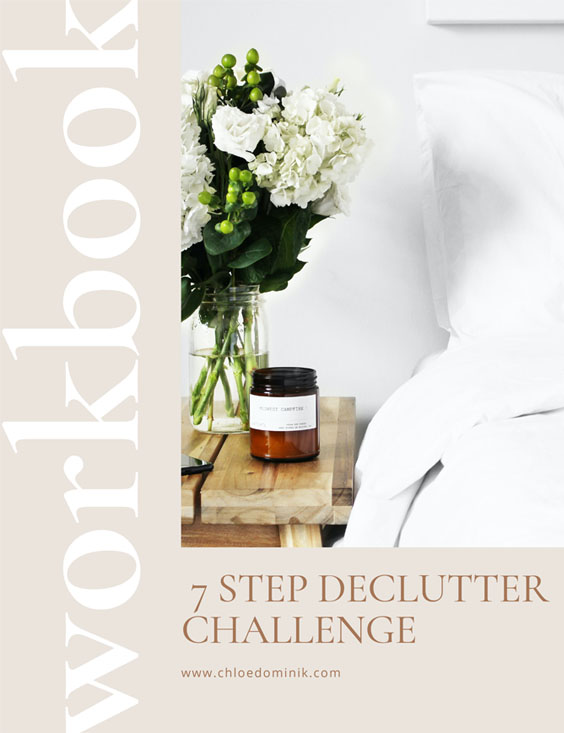